How to Defend Yourself Against Gaslighting – The Ultimate Guide 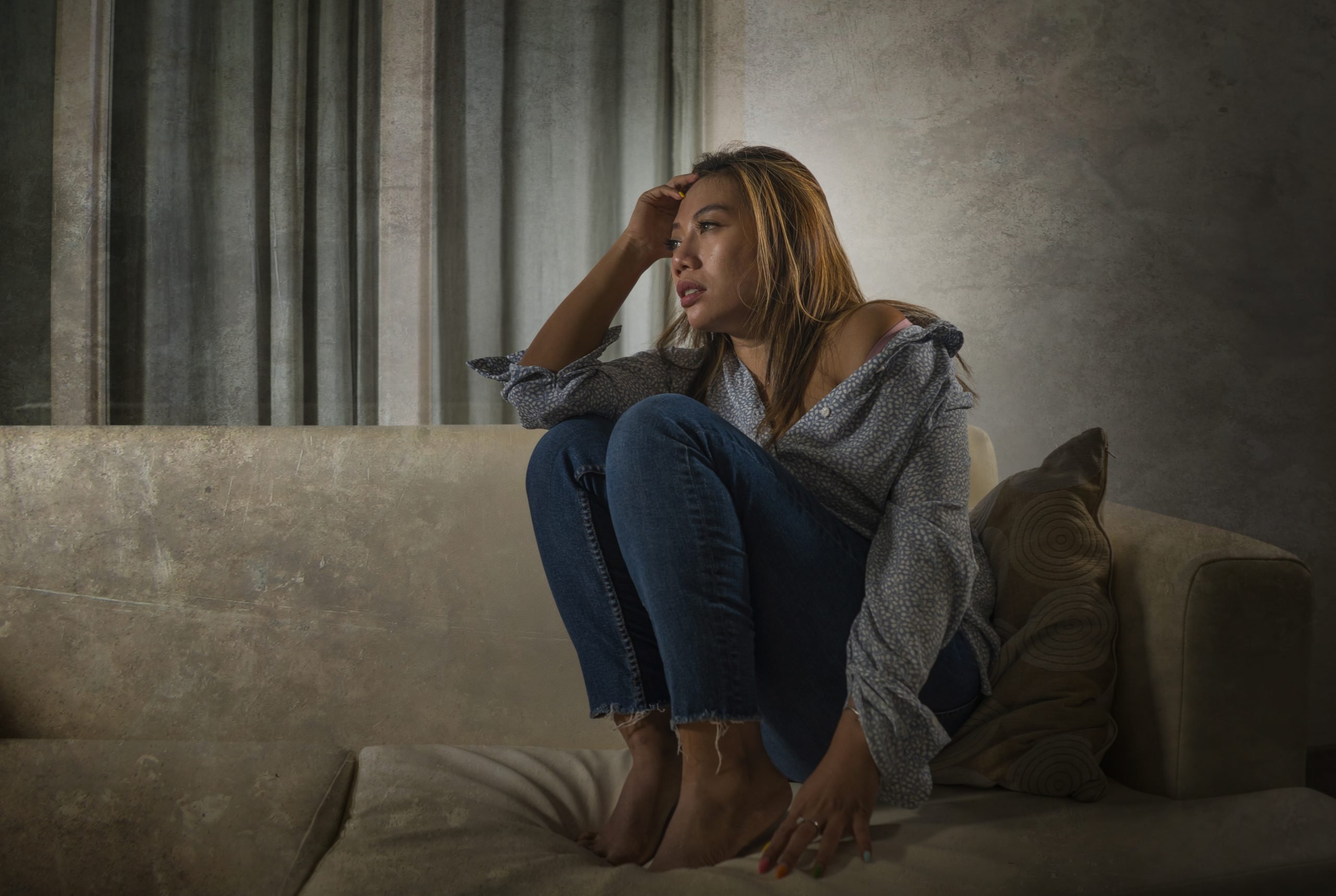 If you are in the United States, then you know October is National Domestic Violence awareness month. It’s a time when organizations and the community bring awareness to abuse that takes place within families and intimate partner relationships.

Psychological abuse is the daily destruction of the other person’s self-esteem, mental well-being, and belief in their abilities and strengths.

Gaslighting is one of the many forms of psychological trauma that offenders use to destroy the confidence and mental strength of the target of their anger.

Gaslighting can occur even when physical violence is not present. It can also happen in non-intimate relationships such as toxic friendships, sibling or parental, or with coworkers or managers.

Also, gaslighting can occur on a large scale such as in cults, countries dealing with warfare or genocide, or authoritarian governments or dictatorships.

No matter what the form, gaslighting is psychological abuse and is used as a tactic to maintain or obtain power and control.

What Does It Mean When Someone Gaslights You?

When a person gaslights, they use manipulative tactics to make you question your perception of reality. There are several gaslighting tactics that perpetrators use.

Below are 5 overarching tactics to be aware of when dealing with a toxic personality.

A person will overtly lie about a circumstance that you know is true. For example, if you ask them why they did not pick up your child from school as they promised, they may lie and say that they told you they were unavailable.

They may use terms like, “you are confused”, or “I never said that”, or “you always make things up”. They will stand by this lie until it either erupts into a screaming match or you start to believe that you are wrong about what they said.

The point of lying is to make you think you are confused. If this is done often enough, you will begin to second guess yourself and question whether your memories are true.

A person may spread rumors about you to mutual friends or family. For example, a toxic “friend” will spread rumors to your family that you have not been eating and maybe falling back into a previous eating disorder. This in turn will make your family start questioning your eating habits and monitoring you closely.

The more you deny, the more the offender gaslights the situation by telling you that you do still have an eating disorder. The point is to use your family as part of the gaslighting tactic. If a group of people all believe the same lie, you will begin to question your behavior and start to think that what they are saying is true.

Again, the offender has successfully made you question your reality to more easily manipulate you and gain control.

A person may minimize your thoughts, feelings, accomplishments, or value. For example, you may get a promotion at work and feel excited about your new position. Your coworker that you always have lunch with, who you thought was a work friend, might starts minimizing your accomplishment.

They may say things like, “you know they only gave you the promotion because Mary didn’t want that job”, or “It’s not really a promotion, it’s just more work” or “that’s great but it would have been better if you deserved it”.

The point is to minimize the importance of your accomplishment and to make you believe you are not worthy of being celebrated. This in turn makes you downplay the role and can lower your belief that you have real value at your workplace.

A person may blame you for something that was not your fault. For example, your husband got fired from his job, and instead of acknowledging his own behavior, he blames you for his termination. He may say that it is your fault for making him late in the morning because you didn’t cook breakfast on time.

Many times, the reason that you are blamed is illogical and even though it makes no rational sense, the perpetrator will incessantly blame you. They may even stop speaking to you temporarily to make you feel a sense of shame. The point of this tactic is to make you perceive that you are at fault which turns into feelings of guilt. This can leave you constantly apologizing for things that you did not do or circumstances that you did not cause.

This is yet another way that the perpetrator works to make you believe that there is something wrong with you.

This is a tactic where the offender seems to have two different personalities. One personality is super nice, kind, outgoing, friendly (especially around other people), i.e., Dr. Jekyll. However, when you are alone with them, they become verbally abusive, attacking, demeaning, extremely critical, and display explosive behavior such as screaming or pounding objects, i.e. Mr. Hyde.

Often after the explosive, aggressive behavior, they will apologize and promise that it will not happen again (back to Dr. Jekyll). This back-and-forth behavior will make you feel like you are walking on eggshells around this person because you never know what will set them off.

This is yet another tactic that makes the victim believe that they are being overly sensitive and if they just behave better the person will stay in the Dr. Jekyll personality.

However, this is back-and-forth behavior tends to only get worse and in extreme cases can cause the victim to have PTSD.

Why Do People Gaslight?

The most common reason people gaslight is to gain power and control. Gaslighting is a form of manipulation and abuse. Sometimes gaslighting is a result of a personality disorder or other mental health condition.

People who gaslight may know on some level that they are using gaslighting as a weapon toward the other person but sometimes the behavior is used unconsciously.

Being in a relationship with a person who gaslights can be very difficult.  But there are some strategies you can use to stay safe and defend yourself.

Building self-confidence is a must when dealing with a gaslighting personality. People who gaslight prey on those that they believe are emotionally weak or have low self-esteem.

Working on building confidence and deep belief in your value is very important. This should be done in a way where the gaslighter is not aware.

You can take an online course or start reading books around building confidence.

Building confidence will solidify the belief in yourself so that when a gas lighter uses their manipulative tactics you have the confidence to stand firm in your truth.

It’s important to set boundaries by limiting the time you spend around a gas lighter. This may mean saying no to going places with the person and walking out of the room when they start discussing a certain topic or displaying the gaslighting behavior.

You can also stop disclosing personal information to a gas lighter. This is especially important when the gas lighter is considered a friend or family member. Be willing to listen but don’t tell them any of your personal business.

Being around other people also helps you to gain perspective so that when a gaslighter makes you feel like you are irrational, you have other people that can reaffirm your logic.

Isolation is sometimes a trick that a gaslighter uses to keep you under control, so having a social network will make your feel less alone.

No matter what form of gaslighting you are experiencing therapy is always helpful. If you are feeling like you are in a situation where you are being gaslighted, psychologically manipulated, or abused, reach out for support.

OnlineTherapy.com is an affordable program that offers one-one-therapy, activity worksheets, journals, yoga, and more. They have various levels of therapeutic services depending on your needs. And, since they are online, you can connect with them wherever you are in the world at anytime.

Lastly, ending the relationship with the person that gaslights maybe your best option. It is possible for a person to change, but only with intense long-term therapy.

Many times, people that gaslight don’t believe they are doing anything wrong so the likelihood of them admitting they have a problem and going to therapy is low. Many times, it is best to end the connection with the gaslighter and seek therapy for yourself to heal.

I also highly recommend you get the book 5 Types of People Who Can Ruin Your Life: Identifying and Dealing with Narcissists, Sociopaths, and Other High-Conflict Personalities by Bill Eddy. This book is a gamechanger when dealing with these types of toxic personalities.

Gaslighting is a form of abuse and can cause depression, anxiety, feelings of hopelessness, and fear. People that gaslight are masters at making you think you are wrong, confused, unworthy, or that you have a mental health problem.

If you are in a circumstance with a person that makes you feel uneasy, but you can’t quite explain their behavior, it’s possible they are gaslighting you.

Be willing to trust your emotions and start taking the necessary precautions to protect yourself.