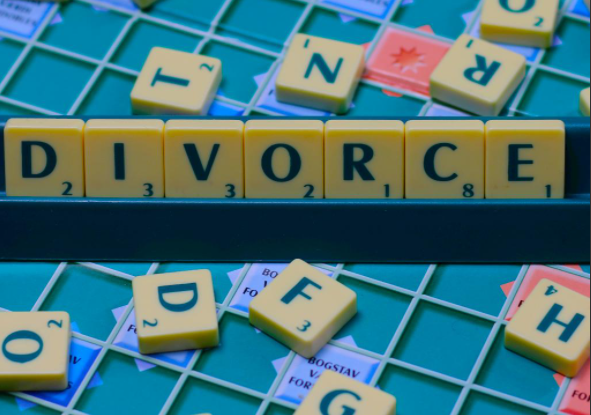 Put simply, my marriage experience was not a great one. Sure, there were some good times, but they were all overshadowed by the bad times- which were much more common.

Here’s the thing- I tried very hard to get my marriage to work. I and my husband did it all, but nothing ever worked. All of the struggle and frustration culminated into one of the scariest moments of my life- the moment that I knew my marriage was destined to end in divorce.

There I was, standing in the kitchen shaking and crying while my husband of 6 years was yelling and screaming curse words at me.

This event was the climax of what had been a very difficult, tumultuous relationship from the start. It had always been hard, but I thought that’s what marriage was supposed to be hard. In my mind, I thought you just had to fight, sacrifice, and compromise to make it work.

That night I chose to sleep on the couch. I wasn’t angry, I was confused. I was in emotional agony and I was terrified. It was like I was living with a stranger; I didn’t even know how I allowed it to get this bad.

The next day, per usual, he acted as if nothing ever happened, smiling and chipper. He apologized and went on with his usual chatter. But for me, nothing would ever be the same.

I told him that if he didn’t seek a psychiatrist, I would no longer be able to live in the house with him. He agreed, and we both went to counseling. But this was a replay of what we had done before- marriage counseling, individual therapy, church groups, and couple mentors. You name it, we tried it.

This time, I felt empty. I could barely get up to go to work, I was crying in the shower, in the car, in my office at work- I was exhausted and couldn’t even focus on simple tasks. What was worse, I was keeping it all inside in front of my friends and family. No one knew how depressed and riddled with anxiety I had become because I hid it so well.

It’s safe to say I was breaking down mentally and emotionally. Then, one day, my therapist said something that changed my life. She said, “Tiffiny do you want me to help you cope through this marriage, or do you want me to help you leave? I need to know what type of therapy you need right now.” That’s when I said, “I want to leave, I want a divorce”. Following my admission, I started to cry and sob while she consoled me.

Saying those words was the hardest, most painful feeling I had ever felt. At the same time, however, it was the freest that I had felt in a long time. For the first time, I didn’t say what I thought was nice, acceptable, strong, or supportive- I said what my soul had been screaming for me to say.

How My Husband Reacted

The next couple of months were rough. My husband moved out of our home but I was still afraid. He started working out at my gym when I was there, and he would show up at my job unexpectedly with flowers, only to then send me a long text message about what a terrible person I was when I didn’t give him the response he wanted. This was the beginning of the intimidation, stalking, and psychological abuse (I eventually found out he had a personality disorder).

The strange thing is, even though I knew I could not go back to him, I still deeply loved him and wanted him to get help. I felt guilty for leaving our marriage, and I felt ashamed because my family loved him and couldn’t understand what had happened. Overall, I felt like a failure because I had poured my soul into this building of our marriage only to see it crumble.

Getting divorced was the hardest thing I’ve ever done, but not because of the money, selling our house, or physically separating. The reason it was so difficult for me was that it was the first time I had admitted that my safety, mental and physical well-being were the most important things in my life. I had to put myself first, and I had to surrender to the pain.

I spent the next 3 years seeing an amazing psychotherapist because I knew I needed to heal. I didn’t rush into another relationship, and I didn’t date- I needed to have the space to release and just allow things to happen. Put simply, I gave myself what I needed the most- time. Time to reflect, work on me, accept my new circumstance, and grieve.

Giving yourself time after a divorce will be the first stone that you lay in the foundation of building your new life. It will not be easy, but it will be so worth it as you heal. Time will give you the strength to focus on pouring love back into yourself, building your confidence, and figuring out how to move forward.

If you would like some guidance on how you can get through a divorce or painful breakup, let’s chat.