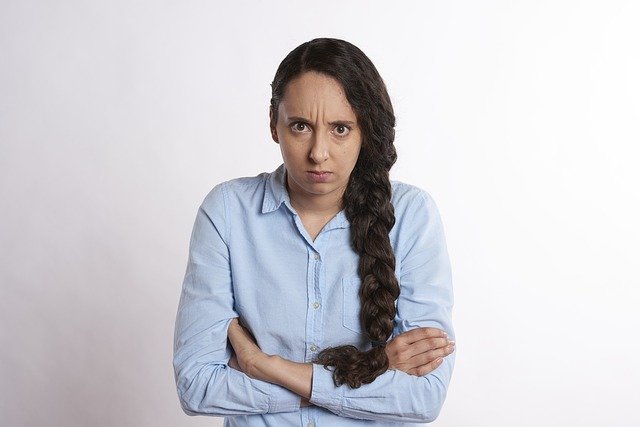 Have you ever had a disagreement or general conversation with someone and they said, “why are you being so defensive” or “you are so sensitive”?

Having a disagreement or an argument can be difficult but it is a normal part of the human experience. People have different thoughts and opinions, but there is a way to still be civil and tolerant even when we don’t agree with someone.

However, some people are not good at dealing with confrontation or understanding how to disagree without going into a full-on war.

Why is that? Well, below I will be discussing the reason why some people get very defensive during a disagreement or any innocent interaction.

Defensiveness or ultra-sensitivity does not mean you are wrong, but it does mean you may have some underlying emotional issues that need to be acknowledged.

Overcoming defensiveness is difficult but not impossible.

So, what is defensiveness?

Being defensive is about defending oneself against a perceived threat, even when there is none. Defensiveness is an emotion that is usually illustrated through a behavior.

When a person feels defensive it’s usually a learned response that is triggered when they feel threatened, accused, criticized, or misunderstood. Feelings of anger, shame, sadness can all be triggers for defensive behavior.

Many times when a person becomes defensive, they are unable to take an objective viewpoint of a situation. Often, they can only focus on how to retaliate against the other person.

This usually results in shifting the focus off oneself and bringing up the faults of the other person.

There are various types of defensive behavior that a person can illustrate.

Here are a few of them:

Let’s go over these in more detail.

2. Bringing up the Past

They can bring up a past situation that has nothing to do with the current issue in which the other person made a mistake. This is used as a way to take the attention off their own faults and make the other person feel the same type of pain they feel in the moment.

They can give silent treatment by not speaking to the other person or avoiding them. This is also considered passive-aggressive behavior.

They may argue that their behavior should not be questioned because of perceived authority or superiority over the other person.

For example, a person that is older will say they should not be questioned because they are older. Or, if a person has been at a company longer, they may say they have had more experience and knows what’s best.

They may behave as though they are an innocent victim. They may agree that the issue is their fault but get very emotional, crying, or blaming their childhood or other non-relevant experiences they have had as the real problem.

This is a distraction tactic to make the other person feel guilty for confronting them about the issue. It also relieves the person from taking responsibility for their actions.

Why Am I So Defensive and Sensitive?

Have you ever asked yourself, “Why am I so defensive and sensitive?” If so, you aren’t alone.

Many times, defensiveness can stem from early childhood trauma, past abuse, or can be a learned behavior that was displayed by a parent or adult figure.

Feelings of insecurity, fear, or anxiety can cause defensiveness. The point of the defensive behavior is to take back a feeling of power. If a person was bullied as a child, they may be defensive or overly sensitive to anyone that triggers that feeling of vulnerability or abuse.

Defensiveness can also be triggered by feelings of helplessness. For example, if someone has struggled with losing weight in the past, they may get defensive with their doctor if the doctor recommends weight loss as part of their diabetes control regimen.

Defensiveness can also be a learned behavior used to get something. For example, if a woman saw that the only way her mother got something from her father was to use the “innocent victim” strategy, she may use the same method with her spouse. So, if her husband tells her she needs to stop spending so much money, she may cry and say that’s because she never gets what she wants in the relationship. This in turn makes him feel guilty and shifts the attention from the issue of money to the issue of her sadness.

How to Overcome Defensiveness

Defensive behavior can erode romantic relationships. It can also push friends and family away and set you up for being labeled a difficult employee in the work environment.

If you are tired of feeling like your defensive emotions are controlling you then there are ways to overcome this behavior.

Here’s how to overcome defensiveness:

Let’s dive deeper into this process.

1. Question Your Thoughts and Feelings in the Moment

When you are in a situation where you feel defensive or very sensitive, acknowledge your feelings. Mentally acknowledge that what the person said made you feel, “sad” or “angry” or “criticized”, etc. Then, ask yourself if the person intended to make you feel bad at that moment or if you are being overly sensitive.

Give your mind time to think through the logic of your emotions and figure out what is the problem.

2. Listen Without an Immediate Reaction

During the situation, be willing to listen to the person without interrupting them or reacting. If you know you are feeling defensive at the moment, tell the person that you need time to think through the issue. Let them know you listened to them and would like to have time to reflect before you give them a response.

This gives you time to calm down and respond with a solution versus reacting with anger.

3. Come Up With a Solution to the Problem

When you are confronted with a difficult situation or disagreement, if you feel defensive, focus on the actual issue. Discuss possible solutions to the issue that will improve the situation.

4. Get To the Root of Why You Feel Defensive

If you know you get defensive easily, give yourself time to think through why you may feel so defensive.

Write out any issues you may have had in your childhood or past that may have made you feel sensitive to criticism or feel insecure in relationships.

There may be an underlying reason that triggers your defensive behavior.

If you believe that your defensiveness or over sensitivity is making it difficult for you to have regular interactions with people, then you make need to seek therapy.

Being defensive can happen at times, but when you begin to believe that everyone is against you or you are always getting emotional at any criticism or feedback, this can be a sign of a more serious issue.

Seeking counseling can help you talk through your feelings especially if they are tied to past trauma or abuse that you have suffered.

It is natural to get upset when you feel that a person or group of people are mistreating you or being disrespectful. You have the right to assert yourself and create strong boundaries to protect yourself both physically and mentally.

However, when you are always on the defense to the point where you refuse to be open to criticism or any feedback, that’s when defensiveness becomes dysfunctional.

Understanding how to get past being overly defensive will help you cultivate a meaningful healthy relationship and give you peace of mind in every aspect of your life.

Ready to start the process of gaining more clarity, confidence, and courage? I have created 3 simple steps to help you on your journey.